Daniel Gerlach's speech before the concert in the Botanical Garden in Berlin:

»The cultural alliance that the Silk Road Cultural Belt proposes, is not going to change the world of geopolitics But it is joyful, it enriches our identities, and, frankly, it is the only thing we have!«

What is the mission of the Silk Road Symphony Orchestra? And why does it matter in these days? The welcome speech of Daniel Gerlach, writer, publisher and Middle East analyst at the kick-off event on January 20th 2017 in Berlin

On behalf of the Callias Foundation and in the name of all members of the Silk Road Cultural Belt, I would like to welcome you to this enchanting venue. What else would you expect from January in Berlin than tropical temperatures. They tried to make it feel like home for you, excellency. And therefore, thanks to the Botanical Garden of Berlin.

I seem to enjoy being the only official speaker tonight, so I promise not to abuse this privilege and keep it as short as I can.

My name is Daniel Gerlach, I am a political analyst, publisher and journalist and venturing in all things Middle Eastern and Oriental, so, therefore naturally, I proudly consider myself a supporter of the first hour to the Silk Road Symphony Orchestra and the idea of the Silk Road Cultural Belt.

Gold, jade, chinaware, spices and Silk, of course – those were the goods that fearless traders used to travel with, along routes of almost 6000 kilometres across the Eurasian continent and the Mediterranean to Europe. Each trading enterprise only covered a limited section of the Silk Road, many drew rich benefits from it. Most were undertaking great risks to achieve their goals.

Now, The Silk Road Cultural Belt is not only connecting people on the way, it seeks to build a chain of cultural interaction, of mutual inspiration, and it wants to redefine from bottom up: What is the cultural heritage we share?

How would you compose a Silk Road? – this was a question the Silk Road Cultural Belt initiative asked hundreds of thousands of internet users in 2016, thanks to a Google Ad Grant worth almost 100.000 Euros that helped the initiative reach out to the world.

People from all over the world posted their musical reference, their all time favourite music, to inspire the initiative – and also tonight’s event. This swarm-like, crowd-sourced inspiration is what Jan Moritz Onken, the conductor and artistic director, called the “Conference of the Birds”.

The countries along the ancient Silk Road are moving closer, at least in terms of travelling hours. And new Silk Roads, as the Maritime Silk Road across the Indian Ocean, open up. The announcement of billions of investment, mainly from China, across the Eurasian landmass raises great expectations. But without a cultural answer to this project, without a cultural dialogue between, these ambitions might be to only limited avail.

Countries and states that used to be fulcrum points of intercultural trade and exchange, such as Syria, are shattered. Brutality prevails and with the disdain for human lives comes the sovereign contempt for cultural heritage.

I did not want to become political tonight. One could argue that, on this Friday January 20th, one must be either cynical or naive, to praise the potential impact of art and culture on societies. And I am not alluding to the inauguration of the 45th American president who is widely contested, also by artists and musicians.

Today, international media received evidence, that one of the marvels of antiquity, a site called Tadmor, or Palmyra, one of the most stunning results of cultural interaction, and an ancient hub for Silk Road traders, was devastated once again.

The so called Islamic State, fancying itself the nemesis of civilisation, seems to have blown up parts of Palmyra’s Roman Tetrapylon and the Roman theatre, after retaking it again from the custody of Russian forces and the Syrian Regime.

What a bitter irony, what a demonstration of the vanity of power, what a repelling demonstration of how culture and music are being instrumentalised if we consider that, less than 8 months ago, one of the world’s most famous conductors had brought a symphonic orchestra to Palmyra in order to celebrate victory over this same terrorist organisation.

Well, it seems that, after a worldwide broadcast of this victory parade, priorities went elsewhere. And Palmyra was left to its own fate, and eventually was doomed.

Dear friends, the kind of cultural alliance that the Silk Road Cultural Belt proposes, is not going to change the world. It is not going to calm the rage of jihadists, it is not, at least not imminently, going to bring down bigotry and brutal Regimes.

But it is joyful, it enriches our identities, and, frankly, it is the only thing we have. Art and music of the kind we witness today, and tonight, command our admiration, and the can give solace to thousands along this new Silk Road.

If the Silk stands as a metaphor for everyone’s creative contributions, then the Silk Road remains a chain of far-off-longed-for places, Sehnsuchtsorte, as we say in German.

The Silk Road Symphony Orchestra, an independent project committed to this idea, was founded by the Callias Foundation and made its debut in June 2016 in Berlin, performing Strauss, Stravinsky and Chinese composer Qigang.

It shall soon embark on a journey and play together with like-minded musicians, in Istanbul, Tehran, Tashkent and many other places.

Therefore, and now let us talk business, it needs financial support. It wants to raise 1,3 million Euros within the current year to forge the links for the first chain of the Silk Road Cultural Belt.

The idea was born and therefore inspired at the Global Table of the BMW Foundation in 2015 in Tanzania, a country not quite off the Silk Road anymore. Therefore, the Callias Foundation would like to thank the BMW Foundation which also contributed generously to the funding of tonight’s event.

You enjoy art and music for free now. But we are grateful for your donations, in small, to remunerate tonight’s artistic contributions. And in large, as you can read in the letter that was handed out to you at the gate.

Today’s musical assortment was inspired by participants from along the Silk Road Cultural Belt.

Jan Moritz Onken, the mastermind behind all this, has worked as a conductor with orchestras in foreign land and many nations. He brought the sounds of Bach, Mozart and Wagner to the steppes of Kasachstan, the mountains of Tajikistan , and the South African Transvaal. He learned his craftsmanship at St. Petersburg’s conservatory, worked with first-rate classical musicians in South Korea, but his talent has always been to cut crude diamonds in circumstances often hostile to the arts.

Maybe, Moritz, it is not all about the music. But for the music it is, for sure.

How would we central Europeans ever have tasted the spices of the Silk Road and ever touched on Silk, if it weren’t for the Italians, dear Flavio de Marco, not to forget the indefatigable team of Pizzeria papa & pane. Grazie, amici, for catering to us tonight!

In a few weeks time, Flavio’s different works will be exhibited almost simultaneously in prestigious museums of no less than four Italian cities. So not only can we be grateful to have Flavio here tonight, as a host, but to find out that he especially produced this work for tonight’s event.

Flavio de Marco reflects on the windows through which artists look at the world today and what can be seen.

For him the computer screen is the window of contemporary times: it is the subject of his pictorial investigations relating to this new space offered by virtuality. Over the years, images of "classical" landscapes began to appear inside the computer screens he was depicting, inspired by the schematic representations of the world which surrounds us through tourism and advertisment. The computer symbolizes a globalized world where the shrinking distance leads us to loose our capacity to emotionally relate to nature and to confront what is in front of us.

In the continuity of these reflections, Flavio parallely started to leave his studio to confront lanscape directly, without the filter of the screen. With only colored markers he started to work en plein air, doing a series of drawings while listening to classical music.

The drawings you will see tonight follow the same principle: the painter chose three pieces of music which movements he followed in his drawings. The first one are six Bagatelle by György Ligeti, The second Debussy, The third Mozart.

And these are precisely the works you hear after this lengthy speech. Please welcome the soloists of the Silk Road Symphony Orchestra. Please support it royally. Thank you, and good evening! 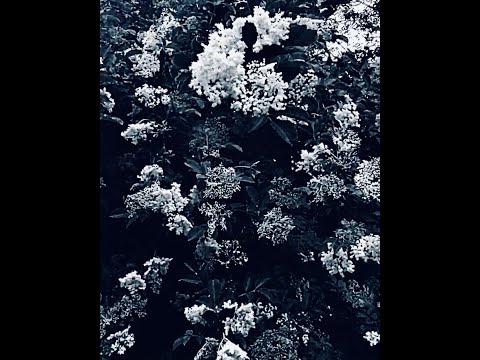 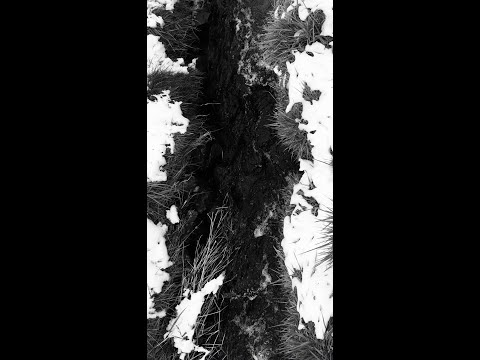